Venture capital and online gaming don’t seem to be an obvious match – particularly when the investor looking for a home for his funds doesn’t tend to log on and pick up a controller himself.

But for Dan Cardell, an initial curiosity quickly became what he saw as a significant opportunity to invest and grow alongside the booming world of esports.

“I’m always looking for the next big thing, and this seemed to me a kind of a once-in-a-generation moment – something that’s going to be really big down the road,” says the investment manager and immediate past Chair of Pennsylvania’s Wilkes University.

“The other interesting aspect of this is the rules are just being made. There is no real structure in place at this point. That maturing is just beginning to occur as more professionals get involved.

“We’re seeing this space move from being occupied mostly by individuals with a gaming background to now seeing people moving into the field from traditional sports such as basketball and soccer.

“As esports became more mainstream, more people got interested in owning these teams, and the valuations jumped up.”

While the investment infrastructure for the esports sector is still a work in progress, Mr Cardell, a client with Baker Tilly US, says the fast-growing world of online sports presents a number of opportunities for those keen to buy in.

“There are basically three ways for people to invest in esports – the first is to be a game publisher, which is big money and high risk, because there are thousands of people and big names like Amazon trying to produce the next big game,” he says.

“The second is to actually own a team or franchise, which is very expensive, and it also means paying players and coaches. The top esports teams can sell for roughly the same price as lower-level NHL hockey teams, so we’re talking hundreds of millions of dollars.

“The third way to invest is via the infrastructure, which is the ancillary products such as merchandise and all of the other things that are involved in esports.”

It’s here, he says, that the best opportunity lies, as the global consumer spend on gaming surpasses that of movies and music combined.

“We’re really seeing this convergence with this expansion beyond esports to gaming in general, so it’s a huge worldwide market as advances in technology intersect with the ability to play a game with somebody halfway around the world,” he says.

“At the same time, you see big companies like Facebook (Meta) say ‘listen, we need to be in gaming’, so this is the future. It’s going to be a really interesting space.”

The growing popularity of esports has placed it firmly on the radar of colleges seeking to engage with future students already committing time and passion to their favourite online games.

“The college scene is exploding. For college administrations, it’s coming whether they like it or not. They can decide to control and guide their institution’s esports program, or risk having it develop in a direction they aren’t comfortable with. Going forward, there will be a lot of schools competing with each other in this area,” he says. 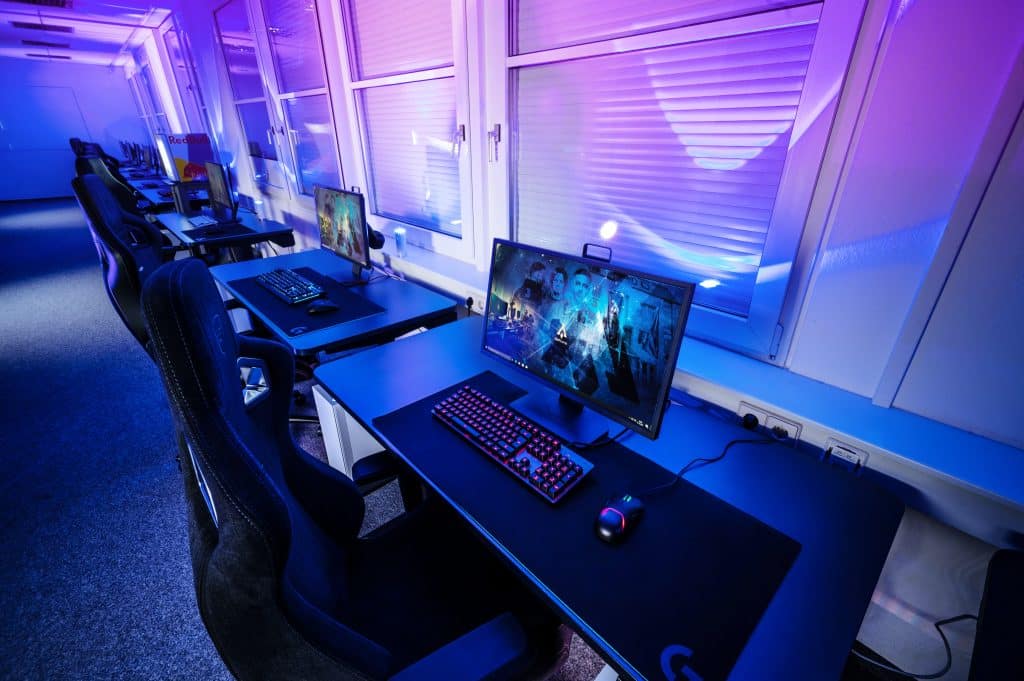 As the value of the market explodes globally, Baker Tilly US is helping colleges in North America take their game to the next level and score points in student engagement, recruitment, and retention.

And despite his standing as someone who concedes he’s “…not spent a lot of time playing games”, Mr Cardell says his extensive contacts throughout the gaming ecosystem along with his investment management experience give him an advantage when navigating the emerging esports investment sector.

“I’ve also been involved in higher ed for quite a while, and that’s given me a unique position in terms of understanding collegiate esports” he says.

“After I first got interested in this, we decided to start a venture fund to take advantage of all these amazing opportunities we were seeing in the gaming space.

“It’s been genuinely interesting because we’ve invested in a lot of emerging companies, and seeded them, and even have a few we’ve started from scratch. These companies are growing and moving on and now we’re in the process of helping them raise their next round of funding.”

As the esports market explodes, Baker Tilly US is helping colleges in North America score points in student engagement, recruitment, and retention.

For investors and dealmakers looking to spur companies on to growth in the rocky recovery from COVID-19, there’s one ingredient that matters more than all others: digital transformation.