Coal is rapidly becoming uncompetitive as an electricity fuel source in Poland, blowing the door wide open for a renewable energy sector that is again ripe for investment.

Energy demands in Poland are rapidly rising, with electricity production up almost 21 per cent in the 12 months to April 2021 – presenting the perfect opportunity to unleash the power of wind.

Coal has historically been the fuel of choice for electricity in Poland, providing about 70 per cent of the nation’s capacity in 2020. But it is rapidly become uncompetitive thanks to spikes in the price of CO2 emission allowances.

That has blown the door wide open for more wind power, the cheapest source of electricity generation in Poland.

“Investment is returning to renewable energy, including wind power, in Poland and the sector is becoming highly competitive as a result of increased demand for projects among both for developers and investors.”
– Krzysztof Horodko

Baker Tilly TPA, TPA Poland with the Polish Wind Energy Association and law firm DWF, have outlined the prospects for the sector’s development in a new report, Onshore Wind Energy in Poland 2021. The report examines the outlook for onshore wind energy and examines the legal and financial aspects of potential investments.

“Investment is returning to renewable energy, including wind power, in Poland and the sector is becoming highly competitive as a result of increased demand for projects among both for developers and investors,” says Krzysztof Horodko, Managing Partner at Baker Tilly TPA.

“One key factor is the introduction of a renewable energy auction model, which ensures stable cash-flow; another source of increased interest is the growing popularity of power purchase agreement models where energy is sold at a fixed price over a longer period of time.

“Other reasons are a stronger focus on zero-emission goals and better environmental, social and governance frameworks from the world’s largest economies, including the European Union, as well as higher CO2 emission allowance prices, low interest rates, and new technology.”

Poland is experiencing an investment boom in the construction of wind farms, based on building permits issued before 2016, yet for five years new investment in onshore wind projects has been stagnant.

“That was largely down to the Distance Law, which was introduced in 2016,” says Wojciech Sztuba, tax advisor and Managing Partner at TPA Poland.

“The law legislated that wind turbine installations must be set back from residential areas and nature reserves by a distance of at least 10 times the height of the turbine at full elevation.

“Some turbines are more than 100m tall and it was essentially impossible to find a suitable location in Poland that can meet that benchmark, so new developments completely dried up.”

However, under pressure from the European Union and the wind industry itself, amendments to the law have been proposed that will allow a degree of flexibility to rigid wind farm requirements, including reducing the minimum allowable distance from developed areas to 500m. 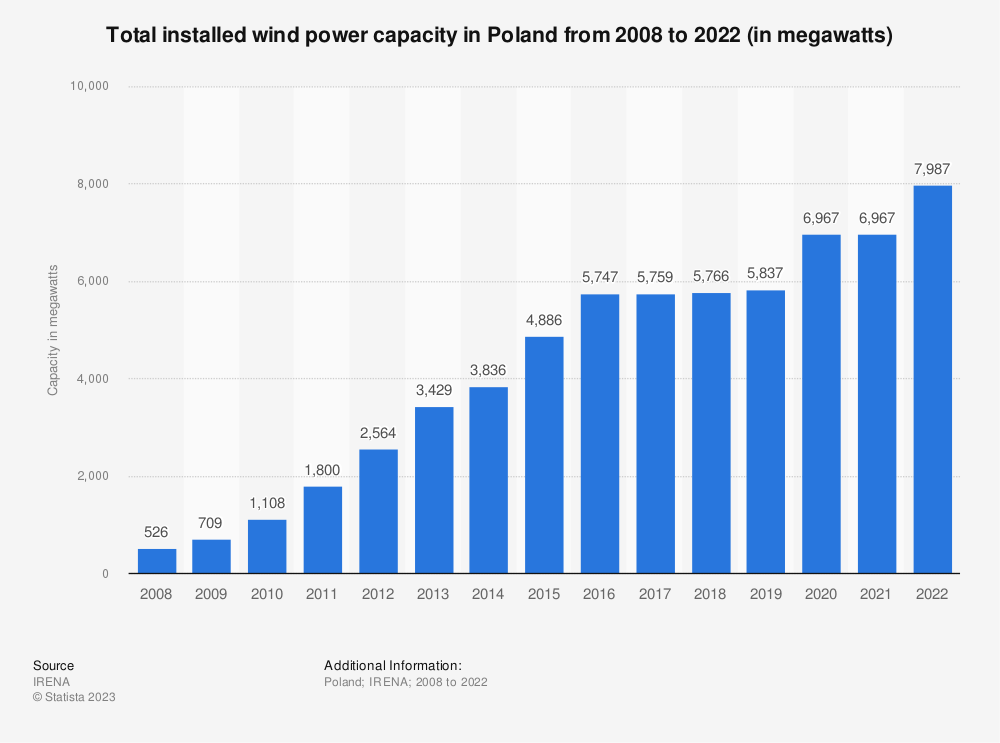 “A combination of economic, social and political factors is again having a positive influence on the Polish wind energy sector, after several years of stagnation,” Mr Horodko says.

“Local governments and industry are now looking to accelerate investment in wind power.

“The proposed amendments open up the possibility of unfreezing advanced projects that became impossible to fully develop and while it still has its flaws, there is now a tone of compromise compared to the rigidity of the current legislation.”

“Energy transition and decarbonisation have become a megatrend that will revolutionise not only the methods of power generation, but also how it is consumed.”
– Wojciech Sztuba

Wind energy is critically important to Poland’s nation’s energy mix, already making up 9.25 per cent of the nation’s total energy sources in the 12 months to April 2021, and a fraction under half of all its renewable energy.

According to the report, each additional gigawatt of installed capacity in wind farms translates into a reduction in energy price on the wholesale market by over 20 Polish złoty (€4.4) per megawatt hour on average. Over time, that saving is expected to grow.

By 2030, the Polish Government is aiming for renewable energy to have a 23 per cent share in the gross final energy consumption, according to the Poland Energy Policy 2040.

Onshore wind energy capacity is projected to reach between 8 and 10 gigawatts in 2030, while offshore wind energy will start to be deployed from 2025, with about 5.9GW anticipated by 2030 and rising as high as 11GW by 2040.

“Energy transition and decarbonisation have become a megatrend that will revolutionise not only the methods of power generation, but also how it is consumed.”

While many businesses are conscious of their operational impact on the environment, the impact of supply chain emissions is becoming clearer.

Changes to Austria’s benefit-in-kind tax rules and green technology incentives have grabbed the attention of some employers, writes Günther Stenico.